Calvin Hoover, who died by suicide in 2015, will never know that it was his own distant relatives’ use of a genealogy website that helped police and forensic genealogists label him as a Christine Jessop’s murderer.

Calvin Hoover will never know that it was his own distant relatives who helped police label him a murderer.

But the forensic genealogist who helped lead Toronto Police to Hoover says that’s effectively what happened.

Anthony Redgrave, a forensic genealogist based in Athol, Mass., told CBC News his team built the family tree “multiple times over and over again until we found out how the whole logic puzzle came together and led us to Calvin Hoover.”

WATCH | Genealogist explains how he linked Hoover to Jessop: 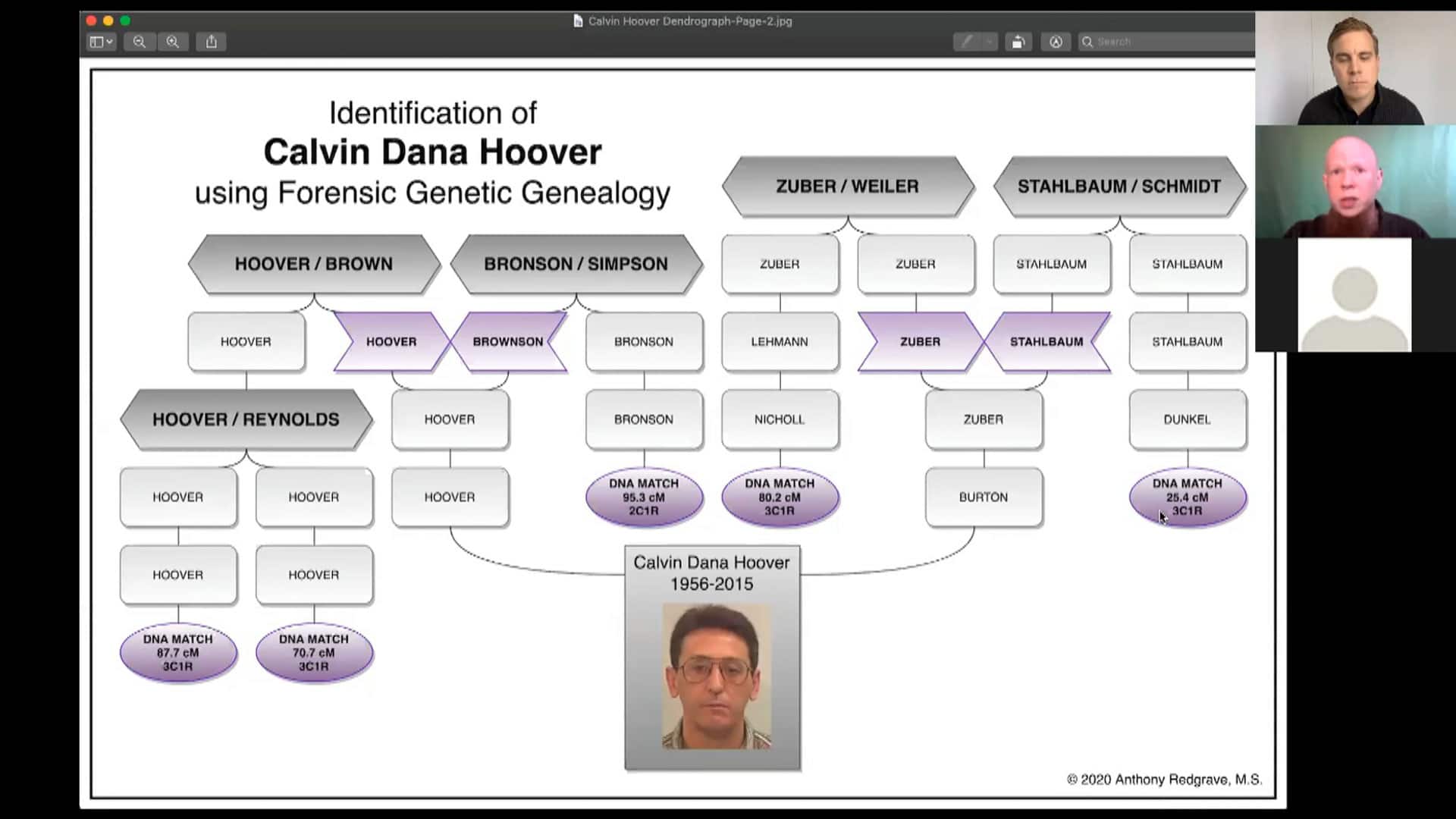 Forensic genealogist Anthony Redgrave walks through the genetic map he created to show how Calvin Hoover was linked to Christine Jessop’s murder. 3:28

Redgrave’s work helps explain why Toronto Police are now sure Calvin Hoover is their suspect.

The wrong man, Guy Paul Morin, was twice taken to trial and sentenced to life in prison for the 1984 murder of nine-year old Christine Jessop before ultimately being exonerated.

Redgrave said it was earlier this year that he received data from a DNA sample supplied by Toronto Police that had been sitting in a cold-case file for more than 30 years.

At the time, he was working with a Houston, Texas-based company called Othram Inc., which specializes in genetic genealogy.

Police hoped the company could help them find a link to the sample taken in 1984 from Jessop’s underwear.

Othram Inc. accessed electronic files bulging with DNA data on millions of people curious about their own family trees.

For a fee, people wondering about the lives of their ancestors or anyone related to them, can send a DNA sample — typically a swab with saliva — to any number of private companies doing genealogical research, like Ancestry.com or 23andMe.

Those samples can then be matched to samples from law enforcement to determine a familial relationship and identify a likely suspect in a crime  — a process called genetic genealogy.

Othram Inc. goes a step further. Unlike traditional forensics, which can identify approximately 20 genetic markers, the technology the lab uses can identify hundreds of thousands of markers that can help to identify very distant relatives.

By providing their DNA to private companies, those individuals who matched had inadvertently identified themselves as being distantly related to a killer.

“We built out the family trees of a couple dozen of the DNA matches that showed up in the system to figure out where they all connected with each other,” said Redgrave.

But he said it wasn’t a quick or simple process.

To find the killer, Redgrave had to track through the generations to find a point where several of the DNA matches connected.

He used a number of investigative tools specifically designed for genetic research to fill in missing names, and then worked from there to find the person who would link them all.

“We got like… 76 to 80 per cent sure on a couple of people, but it was never good enough,” Redgrave said.

“We never pass off a candidate for ID unless we’re as close to 100 per cent as we can get, because we never want to implicate the wrong person or send anyone on a wild goose chase.”

He said a second cousin once removed turned out to be the biggest breadcrumb on the path to Hoover’s name.

“It wasn’t until we built the trees of the matching cousins and figured out where [Hoover] actually was amongst them,” said Redgrave.

“We didn’t know that actual relationship until we were able to find him and say, ‘Hey, he does actually match that [relationship] probability.’ “

On Aug. 7, Redgrave submitted Calvin Hoover as a “candidate for identification” to Toronto Police.

In what turned out to be another bit of investigative luck, police learned a DNA sample had been taken directly from Hoover after he died by suicide in 2015.

Hoover’s DNA was finally compared to the semen stain found on Jessop’s clothes. This time the match was conclusive.

“Calvin Hoover is the only person in the world… forensically linked to that extent,” said Detective Steve Smith who is now leading the Jessop investigation for Toronto Police.

Smith told CBC News that police are looking at “every single unsolved case” to see if Hoover may be linked to other unsolved crimes. He says that while no other forensic links exist yet, that doesn’t mean there aren’t any.

“We’re receiving tips by the hour, but we’ve spoken to over 50 people already,” said Smith.

“We don’t believe someone doesn’t tell anybody about what they’ve done. And that’s part of our process. And that’s why we’re going to give it as much time as we need.”

Canada ‘Other cases in progress’

The Toronto Police service isn’t the only Canadian police department looking for those genetic breadcrumbs.

“We have other cases in progress, actually, at multiple agencies,” he said, but wouldn’t disclose any more details.

Instead, Mittelman offered a tantalyzing breadcrumb of his own, saying one of the Canadian cases even predates Jessop’s murder in 1984.

“I think there’ll be some more stories for us to share in the near future.”

Canada Yearning to travel as COVID-19 drags on? Here’s what you need to know now