According to data from the Center for Monitoring Indian Economy, India’s overall unemployment rate for the month of July stood at 7.43 per cent. Among its major states, there is still cause for concern in Bihar (12.19 per cent), Andhra Pradesh (8.35 per cent), Rajasthan (15.23 per cent), Telangana (9.05 per cent), and Delhi (20.3 per cent), all of which have recorded rates markedly higher than the national average. 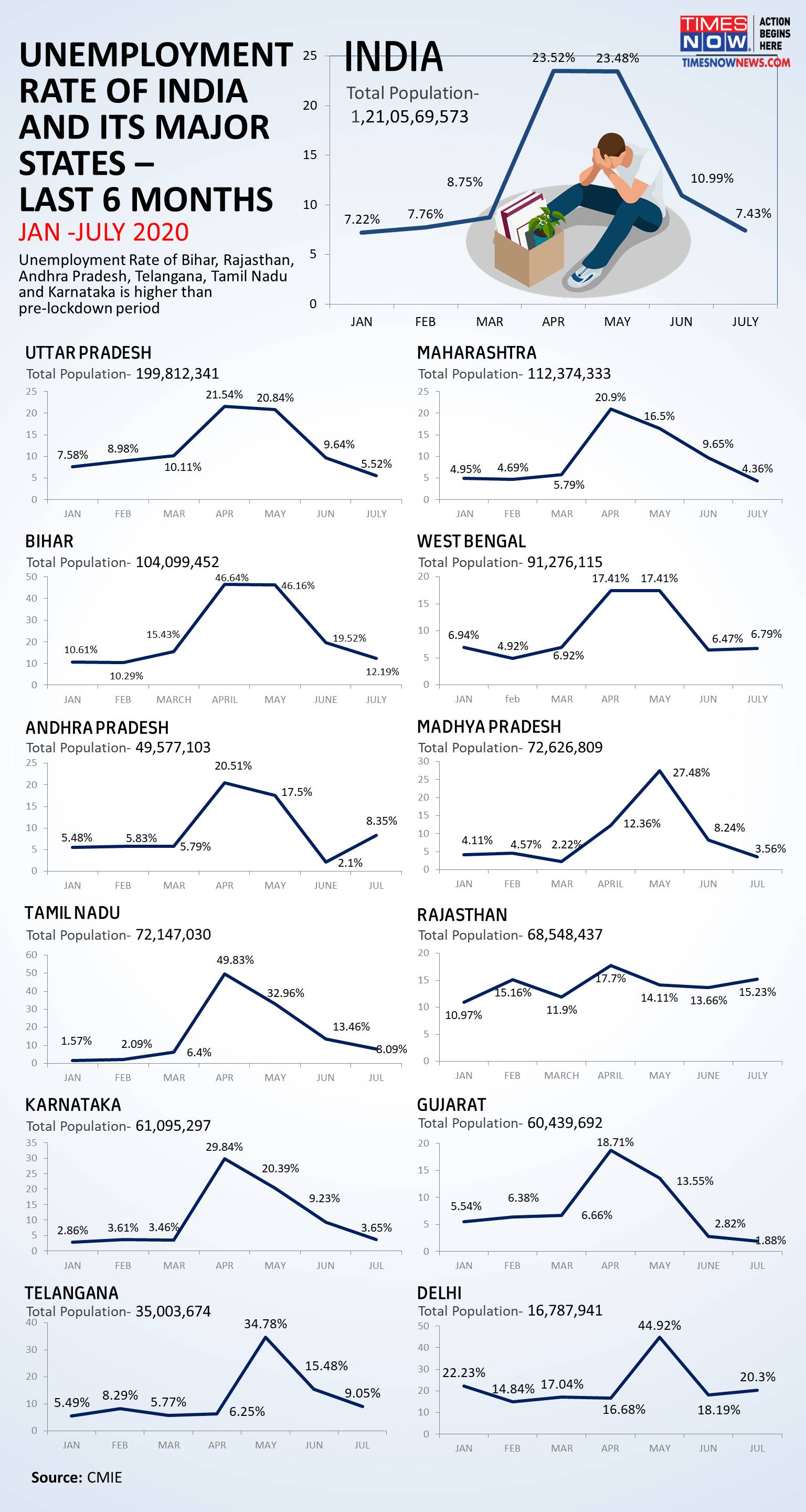 The CMIE calculates its overall unemployment rate by conducting a survey that includes more than 174,000 households over a four-month period. Around 43,600 households distributed all across the country are surveyed each month to determine the monthly joblessness rate. About 10,900 households, translating to 35,900 individuals, are surveyed on a week-to-week basis. 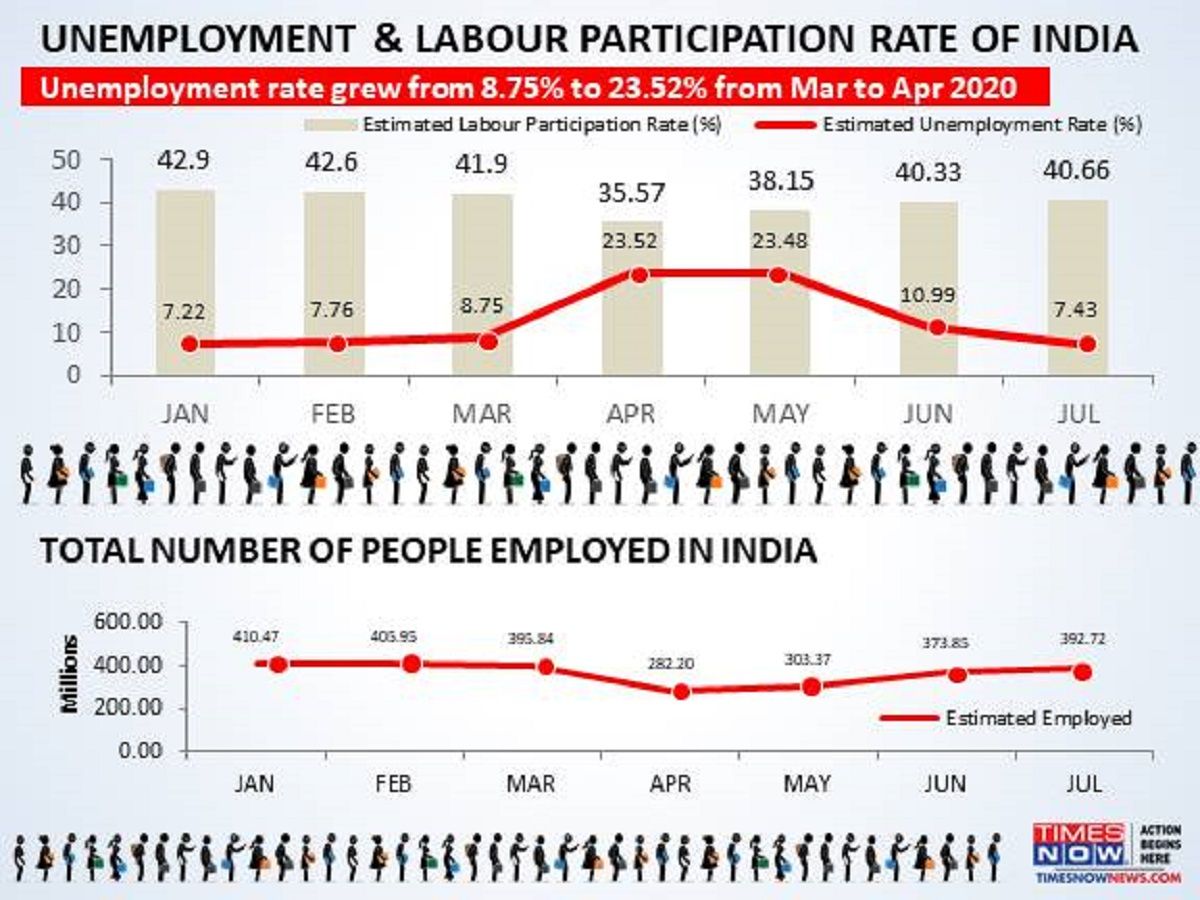 The COVID-19 pandemic, and the subsequent lockdown measures instituted, yielded an unprecedented spike in India’s unemployment rates, particularly during the months of April and May. With businesses shuttered causing a huge wave of reverse migration, the country’s overall unemployment rate rose as high as 27.11 for the week that ended May 7.

It has taken till August for the joblessness rate to return to pre-COVID-19 levels. It is worth noting that India had been facing a crisis of employment even prior to the pandemic. According to government figures, India’s unemployment rate for 2017-2018 fiscal year was pegged at 6.1 per cent, the highest in 45 years. 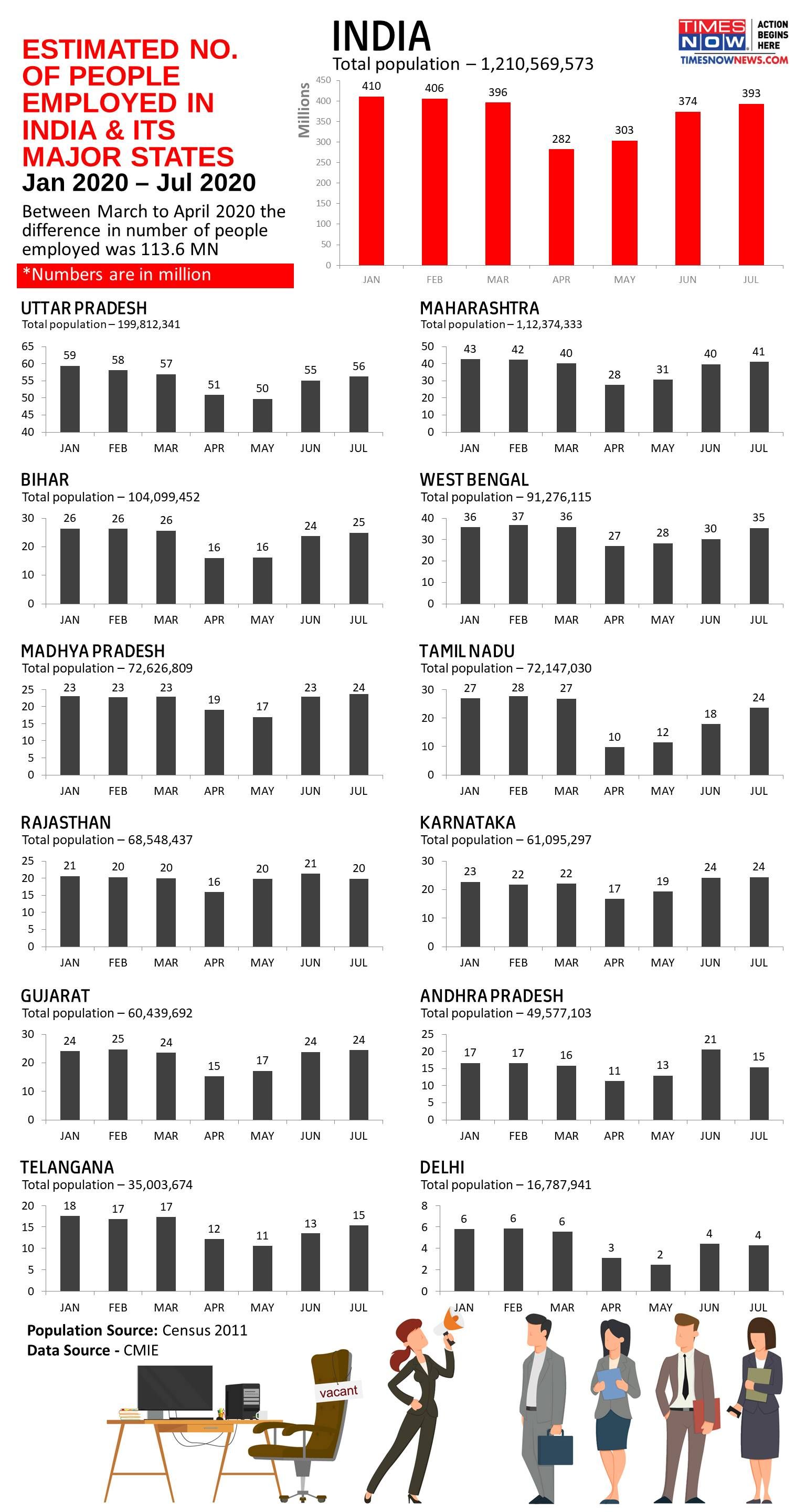 The massive layoffs and furloughs that have taken place since the start of March have highlighted the financial vulnerabilities of India’s heterogenous MSMEs that form the spine of the country’s economy. Contrary to what many believe, India’s MSMEs are spread widely across the country with 63 million or 50 per cent of such firms, contributing to 30 per cent of India’s GDP, located in rural areas.

While some experts have contended that an economic recovery may be, largely, driven by a revival in the agricultural segment, it is worth noting that, according to a Credit Suisse analysis dated July 20, agriculture accounts for just 29 per cent of the rural economy. The rest of the rural economy consists of manufacturing, construction, public sector work, communciation and financial services.

The Centre has responded to the economic crisis triggered by the pandemic with a stimulus package, largely, focused on putting income into the hands, and food on the table of the country’s worst affected communities. As far as employment goes, this has meant increased investment into the government MGNREGA scheme. According to some reports, as many as 125 million households had applied for work under the scheme between April and July, compared to 90 million households during the same period last year, signifying a rise of nearly 40 per cent. 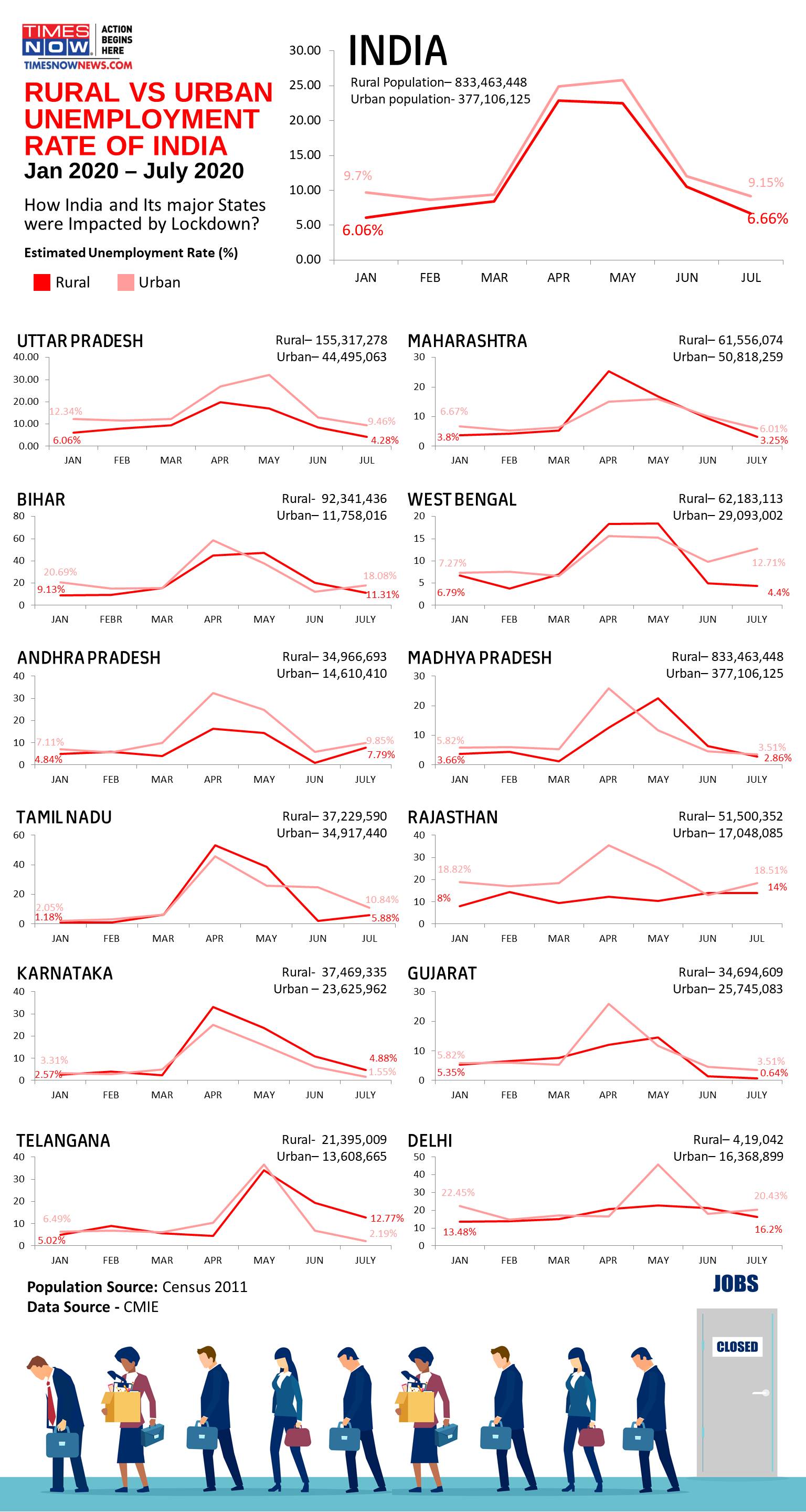 The increased work under the scheme has contributed markedly to the reduction in the overall unemployment rate from alarmingly high levels in May to the single digits it currently stands at. While further investment into the scheme is certainly warranted, it is also important to note that employment opportunities under MGNREGA are not equally distributed across states. In fact, fewer opportunities exists under MGNREGA in states like Uttar Pradesh and Bihar, two of India’s most populous states.