More than 100 wild animals, including at least eight rare rhinos, have died in recent flooding at a national park in north-eastern India, officials say.

The Kaziranga park in Assam state is home to the world’s largest population of one-horned rhinos, which faced extinction at the turn of the century.

But this year’s monsoon rains have almost 85% of the park under water.

The floods have killed more than 200 people and displaced millions in Assam, Nepal and Bangladesh.

Kaziranga park, which is a Unesco World Heritage site, is home to at least 2,400 one-horned rhinos.

Park officials told the Hindustan Times eight one-horned rhinos had drowned in the recent rains, while another died of natural causes last month.

Dozens of other animals, including deer, buffalo and porcupines, have also died – many due to drowning, although others were hit by vehicles as they attempted to escape the floodwaters.

Across Assam, heavy rain has submerged thousands of villages. Hundreds of relief camps have been set up to shelter those displaced.

Flooding and landslides are a common occurrence during the monsoon in north-eastern India and neighbouring countries.

But this year’s floods come as India struggles to halt the spread of coronavirus, with more than one million cases reported across the country, the world’s third-largest case load. 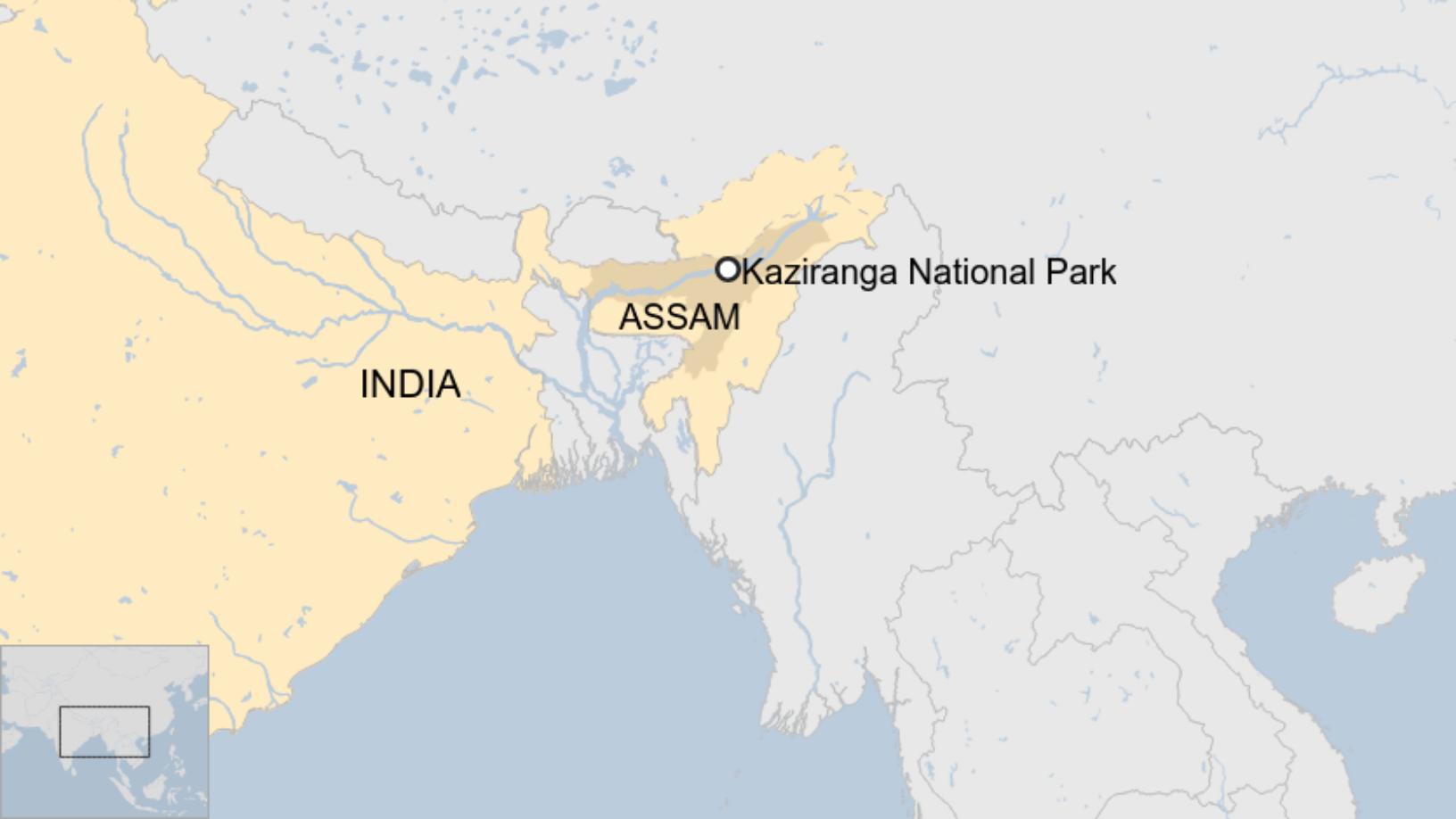 In the Indian state of Bihar, which lies to the south of Nepal and went into renewed lockdown earlier this week, villages have been inundated and transport disrupted by the heavy rains.

At least 79 people have died in Assam alone in recent weeks, while Nepal has reported 117 deaths.

Meanwhile, officials in Bangladesh said at least 67 people had died and another 2.6 million had been affected by flooding over the past two weeks.

COVID-19 in India: the dangers of false optimism